“In the midst of a rare Midlands heat wave, over 250 members of the Birmingham Dental School family descended upon Stratford-upon-Avon for the annual Stratford Bar Crawl. With the news that all the fifth years had passed their finals, everyone was in good spirits as coaches set sail from the Guild of Students and Dental Hospital.

This year’s theme was ‘Out at Sea’ and staff and students alike dived in fully and did not disappoint with their costumes. Pirates, sea creatures, mermaids and even the titanic with accompanying iceberg made an appearance. Not to be outdone, the entirety of BDS5 coordinated and dressed as sailors, which made for quite a sight!

As we made our way around Stratford – and were even stopped by some tourists for photos – the majority of students congregated at the usual hotspot The Lamplighter. Taking the phrase ‘drink like a fish’ literally, we quite impressively drank the place dry!

The entire day was amazing for all those involved and many students continued the party at Snobs nightclub. We’d like to say a massive thank you to all our sponsors who helped make the event such a success and to the BUDSS committee for organizing the day.

Until next year, Stratford!” 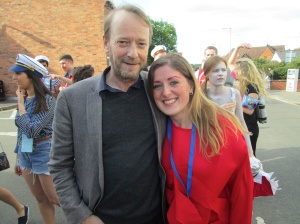 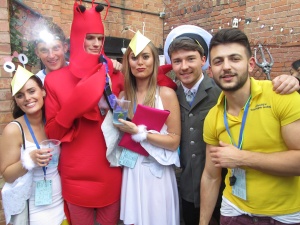 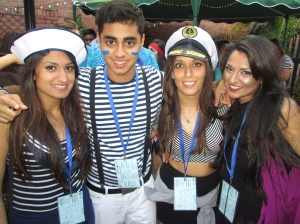 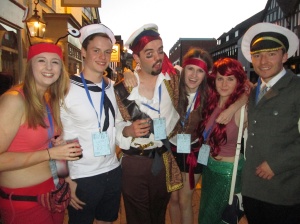