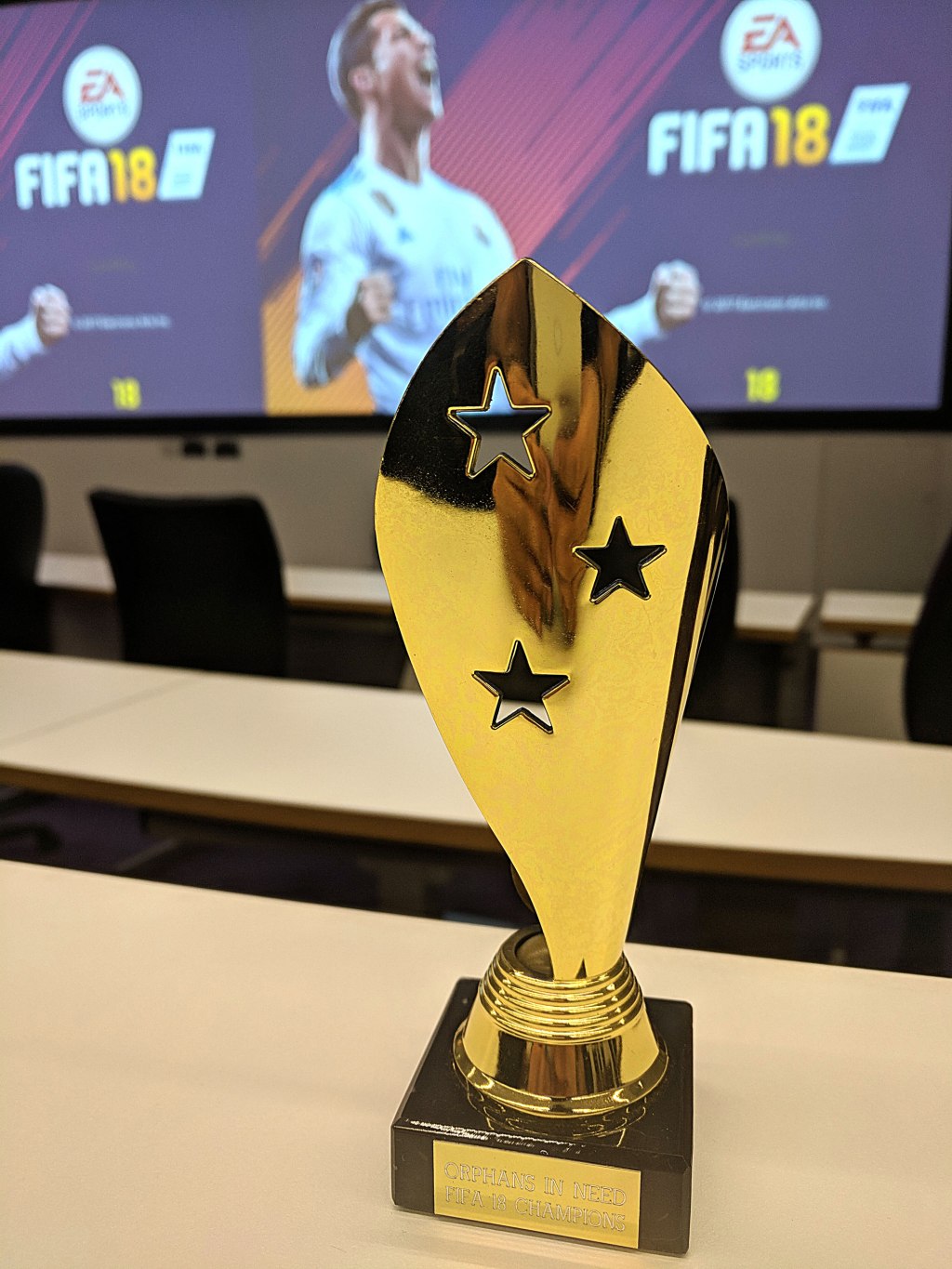 Adeel Hameed organised a FIFA 18 tournament for the Orphans in Need charity on February 7th 2018. The tournament was held in the lecture theatre at the Birmingham Dental Hospital.

A total of eight teams took part and the final saw Paris Saint-Germain take on Barcelona in what turned out to be a tense game as PSG eventually ran out 4-3 winners. Leon Green and BDH student Rajan Chaudhry were the proud winners of the first charity FIFA tournament to be held at the BDH.

Adeel is involved with a charity called Orphans in Need and he will be flying out with them in May this year to film a short documentary. The charity will be handing out food parcels to widows and orphans in Kathmandu, Nepal. He is aiming to raise at least £5,000 before then by holding various events including a bake sale and another gaming night. A total of £137 was raised for the FIFA tournament and this will go towards the target.

If anyone wishes to make a contribution then you can do so by visiting https://nepal18.everydayhero.com/uk/adeel-hameed.