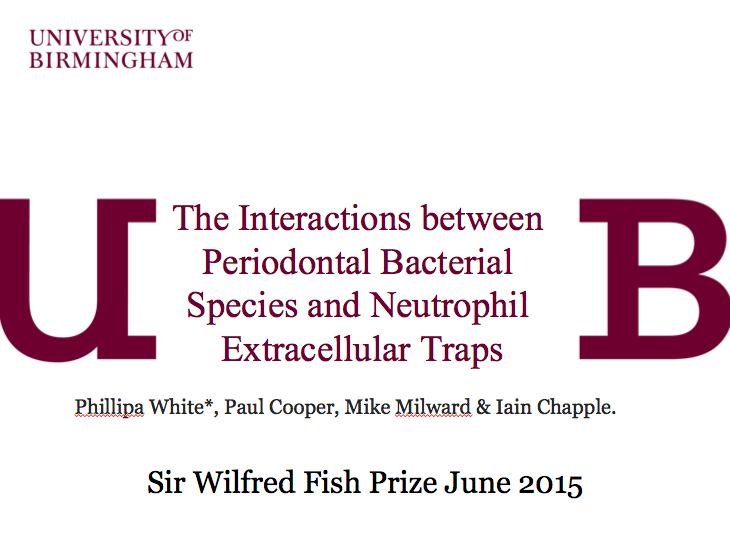 Phillipa White in the Periodontal Research Group has won the Sir Wilfred Fish Prize at the Presidential British Society for Periodontology meeting in June 2015. The Sir Wilfred Fish Research Prize, instituted in 1970, is awarded annually by the British Society of Periodontology, with the object of encouraging researchers in the early stages of their career. The prize takes the form of a cash award of £1000 together with a certificate. This is the third year running that the Periodontal Research Group have had a winner of this prize (2014 won by Praveen Sharma and 2013 won by Martin Ling).